The Master’s program began with a workshop that took place in the Azala creation space in Alava. This is the second year of the program.

The second year of Lit, the University Master’s Degree in Learning Facilitation and Innovation, opened last weekend with meetings in the Azala creation space in Lasierra, Alava. The participants this year come primarily from the field of education: people who hold a degree in Early Childhood Education or Primary Education, psychopedagogues and university professors. The Master’s program was designed by Mondragon University in conjunction with TeamLabs.

In the workshops held in Lasierra, Alava, students had the opportunity to become familiar with the Lit experience and get to know each other. Team members shared their life stories as well as their motivations and connections with the program. They also worked together on the personal development they would like to achieve while in the Lit program. During this first meeting, the participants learned about different team-building techniques and came up with new ideas for projects. 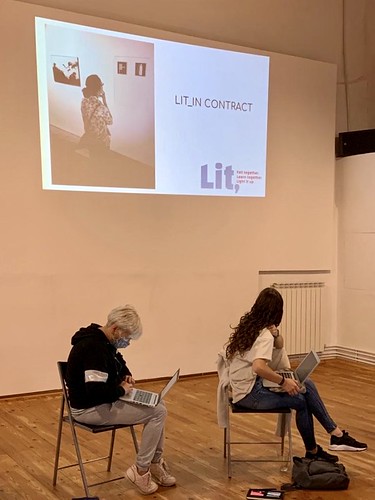 On September 11 and 12, the first generation of Lit students, who are now in the home stretch of their Master’s degree, attended the first workshop of their second and final year on the Aretxabaleta campus. The Master’s program is designed to take a year and a half and consists of 90 ECTS.

The event marked the start of the fourth cycle of the Master’s program, which focuses on cooperativism. Ager Zameza, project leader of the technological center of the Maier cooperative, was one of the speakers at the workshop.

Video summary of the Aretxabaleta workshop:

Faculty of humanities and education sciences