Issue 13 of the collection discusses changes experienced in the Basque Autonomous Community and Gipuzkoa in recent decades, while Issue 14 examines the evolution of the Catalan cooperative La Fageda.

On November 24, the LANKI Institute of Cooperative Studies of Mondragon University presented two new issues in its LANKI Notebooks series. Two of the authors of the publications, Andoni Eizagirre and Aitzol Loyola, took part in the event, which was held on the Eskoriatza campus of the Faculty of Humanities and Education Sciences.

Researchers Andoni Eizagirre and Ainara Udaondo published their work Taking the Measure of Global Transformation: Basque Society in the New Economic Era, which analyzes the main socioeconomic changes experienced by the Basque Autonomous Community and Gipuzkoa from the 1970s to the present day. Additionally, the book by Aitzol Loyola and Arianne Kareaga, La Fageda: a Profitable and Warm-hearted Socio-business Project, captures the peculiarities of the Fageda cooperative, located in the Catalan valley of Garrotxa. The LANKI Institute of Cooperative Studies has made both notebooks on the available online to all interested parties.

Taking the Measure of Global Transformation: Basque Society in the New Economic Era

This work originates from an investigation carried out by Andoni Izagirre with Gipuzkoa’s main economic and social agents in the spring of 2017 and the first half of 2018. For this new work, Andoni Eizagirre and Ainara Udaondo drew from what they had learned at that time and used updated statistical information. Although research refers to the entire Basque Autonomous Community, the analyses were focused more specifically on Gipuzkoa; nevertheless, Izagirre and Udaondo believe that the main ideas in the book can be extrapolated.

Both authors place particular emphasis on trying to compile the main aspects of the socio-economic structure of the Basque Autonomous Community. For this purpose, the work is divided into two parts: the first part focuses on global transformations worldwide and on their effects on regional development. Indeed, according to Eizagirre and Udaondo, one of Europe’s main problems is the process of regional divergence. In the second part, researchers focus on their immediate environment and aim to summarize the development of the last forty years.

The book can be downloaded at the following address:

In the work presented in Eskoriatza, researchers Aitzol Loyola and Arianne Kareaga examine the evolution of the cooperative company Fageda, located in the Catalan region of Garrotxa.

Fageda is a special experience, as it is a project made up of people with mental disabilities and mental illness. The objective of the project is to transform the living conditions of these people, therefore, they created a cooperative company that puts aside paternalistic approaches.

In 2019, with almost 40 years of experience, the project consisted of 437 people (281 with a disability certificate). Fageda offers work and therapeutic services to all those affected by mental disabilities or mental illness in the Garrotxa Valley, and currently produces the best-selling yogurt brand in Catalonia.

For the authors of the book, Fageda is a “warm-hearted and profitable socio-business project.” In the work, Loyola and Kareaga explain the main characteristics of the Fageda experience: its historical evolution, the debates and challenges they have had to overcome, future prospects... and they do so from the point of view of Mondragon cooperativism, taking into account those aspects that might be of greatest interest to us.

The book has been published in both Spanish and Basque:

Photo gallery of the presentation: 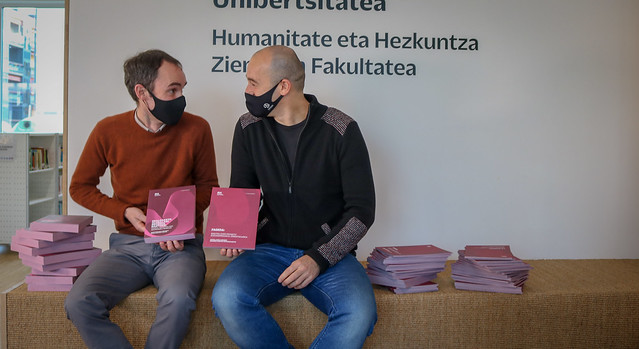 Faculty of humanities and education sciences